Men, Missionaries, Tampons, and a lot of Blushing

This story. Oh buddy.
This story is I think thee number one awkward experience from my mission.

I think it is possibly thee number one awkward moment in my life thus far.

I'm a little sad that I'm handing it over to you all so quickly, but really. It's worth the read.

Now, as I mentioned in my previous post, I served a religious mission for the Church of Jesus Christ of Latter-Day Saints.

I was assigned to serve in the New York Utica mission.

A mission lasts 18 months for females, and 2 years for males.

During this 18 months, I did NOT spend my whole mission in just Utica. In fact, I never really spent any time in Utica. Utica is just the headquarters for all the missionaries in that area. The Utica Mission covers most of the upstate New York. You are assigned an area to serve in for at least six weeks. You are assigned a companion who will serve with you, who you will live with and be with 24 hours a day, 7 days a week.

These details will be important not only to this story, but also to future stories.

Now, every six weeks, you get a call from one of your missionary leaders, telling you if you are leaving the area that you are assigned to be in, or if you are staying. You then have 3 days to pack up your life and go to your new area.

I then had to pack up my entire life in two suitcases and one carrying bag (which turned into two suitcases, three backpacks, and two garbage bags) and move to my new area.

But I forgot one very important thing.

And now you see, two days after I had moved to my new area, I woke up and well. . . I needed them.
And I didn't have them.

And thus inserted some of the top awkward moments I have ever had with a man.

That Friday, the Elders (male missionaries) in my previous area called to ask me and my companion a couple of questions.
At the end of the conversation, Elder Jacobson (name has been changed. More for his sake than mine.) asked, "Well, anything we can do for your sisters?"

"Um.....yes.....well I may need you to pick something up for me from our old apartment. But I'll let you know about it tomorrow, before the meeting."
"You can just tell me now, it's fine."
"Um.....are you sure you want to know?"
"Yeah, it's fine!" he said.
"Okay. So I'll need feminine hygiene products---."
"NO, NO, NO, NO, NO."
I pulled the phone away from my ear as he yelled.
"LOOK. If you feel TOO uncomfortable, just ask a member in the local congregation who is a FEMALE, and unlock the door for her, and SHE can run in and get them!" I said.
"No, I can DO it, I just don't want to hear about this until it's necessary, okay?"
"Understandable. Thanks, Elder."

Saturday comes. I'm on my last feminine hygiene product. We arrive at the missionary meeting and, desperately, I ran up to Elder Jacobson and said, "Did you bring them?"
".....shoot....."
I couldn't help by shake my head.
"I'll bring them tomorrow, I swear!" he said.
"Okay that'll work." I said, remembering that tomorrow, thankfully, we had another meeting that all the missionaries would be at. "So....sorry this is so awkward."
"No, it's fine." he insisted.
"Really? Cause your face says otherwise." I said, though I didn't have room to talk. My face was beat red.
"No, I only panic in the moment. So, tomorrow, I'll get there and probably panic."
I didn't really know how to respond to that. So I smiled uncomfortably, nodded, and walked away.


I then began to frantically ask various woman at the meeting if they had any feminine hygiene products.
"No."
"No."
"Honey I don't need to use those anymore."
"Sorry, I don't."
"No."
"Yes! Here! No, wait, we'll go to the bathroom and I'll give it to you." said one of the sisters.
A member gave me a few more products, and I was set for that night.

Sunday morning came. My companion and I showed up to the  meeting. Before it started, I scouted out the crowed until I found Elder Jacobson. Quickly, I trotted up to him. He was already sitting in his seat, and his companion was turned around talking to someone behind him.

"I forgot." Elder Jacobson said before I said anything.
I rolled my eyes, and sat down next to him and said, "Elder Jacobson. I'm going to give you some life advice. In the future, when your wife asks you for these things, you need to give them to her within the hour."
He breaks eye contact and looks straight ahead and says, "I'm just kidding. So....I got there... and panicked, and forgot what I was supposed to be looking for, so I just shoved everything in a bag. I think I got everything, but I think I forgot just ONE thing. But everything else is there. It's in the car."
By now both of us are just sitting all stiff next to each other, and not making eye contact, and my face is as red as my hair.
"Okay, thanks, Elder."
"Yup."
"Here's some candy as a thank you." I said, handing him a kit-kat and M&M's.
.......silence.....
"Let's never have a conversation like this again, okay?" I said.
"Deal." he agreed.

Later, my companion and I then went out with Elder Jacobson and his companion to their van. He gave me the bag, and sure enough, he got it all. And actually didn't forget any. In fact, he grabbed some stuff that wasn't even mine.
I turned to his companion, "Did you help him at all?"
"He wouldn't even tell me what's going on!" he said.
"Oh! He saved you! That's nice. Elder Jacobson, I was going to make you share your candy with him, but you can just keep it for yourself." I said.
"I already gave the candy away." said Elder Jacobson.
"Oh my. That's the last time I give you chocolate."

We shook hands, and walked away.


And I think it can be easily said that Elder Jacobson and I never really talked to, or associated with each other, anytime after that.

Now, to finish, please enjoy this awkward picture of me: 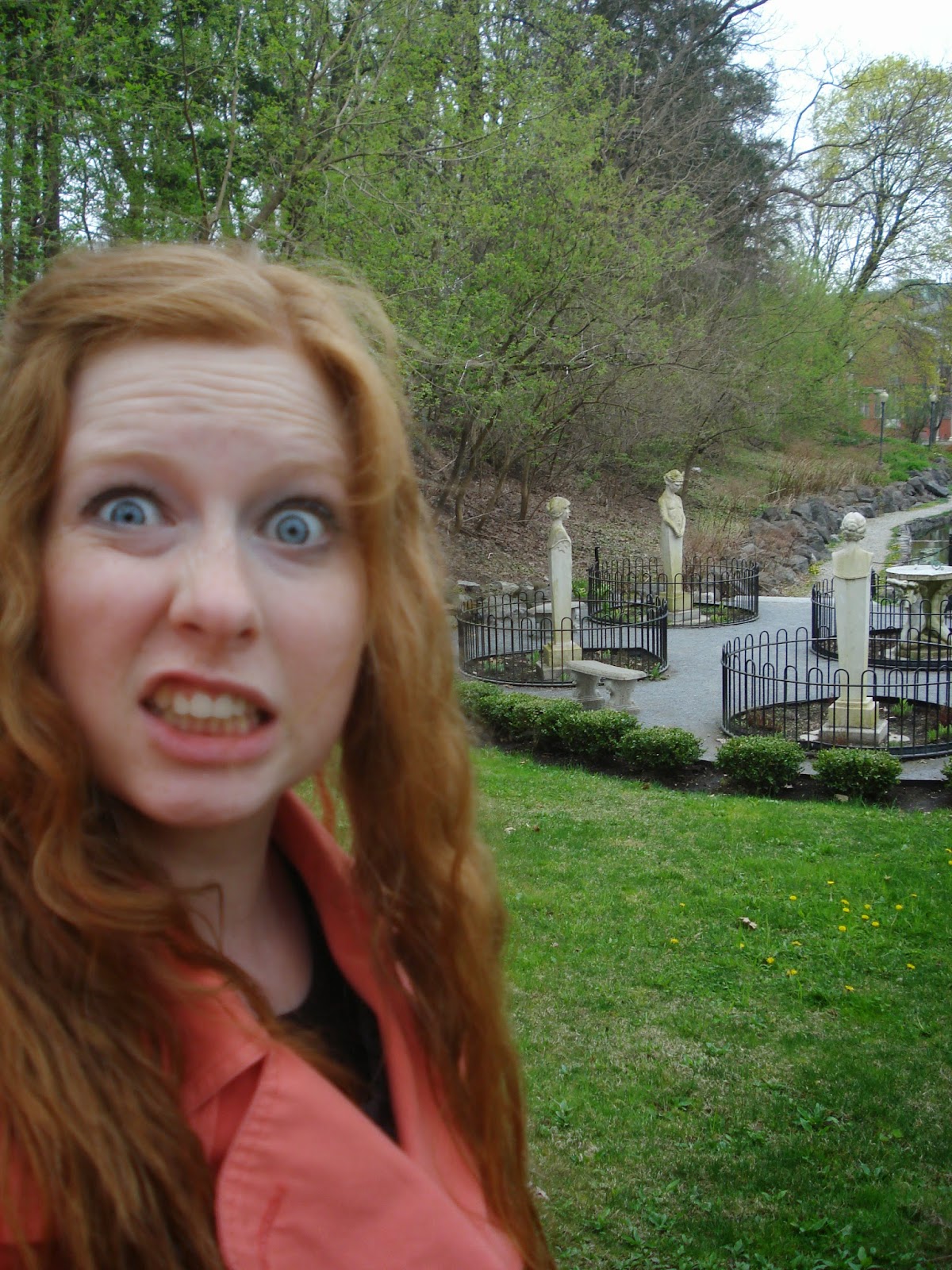