- Smiled at a cute boy on campus. My mouth was full of a half-eaten cookie. And I had just put lip gloss on, so my lips were coated in cookie crumbs.
I bet it was the most attractive thing he had seen all day.

- I was in the laundromat and talking to a kid while I loaded my whites in the washer . . . and he CLEARLY saw me lift my bra out of the laundry basket, hook it together, and put it in the washer.

- "Hi, Carmen!"
"Hey, Dave!"
*Dave keeps walking while holding hands with a girl.
"Wait, is that your wife?" I ask.
*Dave doesn't hear me and keeps walking.
"Dave?...um...Okay you didn't hear me! I'm going to walk away now and stop yelling at no one! This is awkward, Dave! THIS IS GOING ON MY BLOG!"

- I went to a random doctor. Not completely positive, but I think I'm the only patient above age 10 that my doctor saw that day.

-That bra thing happened again. Only it was two guys this time. I gotta find a better way to get my bras from my hamper, untangled from my clothes and into the wash without people noticing.

-Sent an email to the aforementioned Professor Hawkins, and signed it, "Sister Stimpson." I realized that after I had sent it.

-Gave a gift to my friend. Signed it "Sister Stimpson." Stared at it for a good number of seconds, then decided to leave it.

-*knock on door late at night, when I was falling asleep while doing homework*
I answered the door, to see two men standing there.
"Um. Hi?" I said, trying to wake myself up, and figure out if I knew them.
"Hi!" they replied .
"....so....what's up?" I asked, very confused as to why they were standing on my doorstep right then.
"Do you have any trash?" they asked.
"What?"
"Trash."
"Yeah."
.............
"We go around and pick up everyone's trash once a week!" they explained after a long silence of me looking at them VERY confused.
"Oh." I responded.
..............we continued to stand there and stare at each other........
"OH! Yeah, um, come in." I said, letting them come in.
I showed them where the trash can was, and began to take the trash bag out of the garbage can, when they grabbed it from me and said, "Woah! That's OUR job!"
"Oh. Yeah. Sorry." I said, and took a step back, only to accidentally back up into a plate of cookies, which clattered and cookies scattered everywhere on the counter.
"Oh! Did someone from the church congregation drop those off to you?" asked one of the guys, as the other replaced the garbage bag.
"What?" I asked.
"The cookies? Did someone drop those off to you?" he repeated.
"Oh. Yeah. Wait, I mean no. No. My roommate made them. Yeah."
They grabbed the garbage bag, we exchanged goodbyes, and they left.
I closed the door, thought about how socially awkward I just was, and decided that it was time for bed.

-For you to fully appreciate this moment, allow me to briefly describe the mailing system of the mission I served in:
Mail would get delivered to Utica.
The mail would then get forwarded to wherever the missionary was located.
Thus, it was important to put the missionaries full name on the letter, else they wouldn't know who to forward it too.
One day, I was in Utica for a missionary meeting. I went to the pile of letters that hadn't been forwarded yet, and found one addressed to me. I opened it up, and was surprised to see another envelope inside of it.
I could see that the envelope had been returned, because it was addressed to "The Girl With Hot-Girl Problems." I burst out laughing, and ran up to the missionary who was in charge of the mail.
"Do you remember getting this letter?" I asked.
She looked at it, smiled and said, "Well, yes I do!"
"That was to me!"  I said, still laughing, "It's an inside joke of ours."
The woman smiled and said, "Yes, well I had to laugh. I do get a lot of letters like that. Some of them, however, are inappropriate."
I then had to stifle my laughter as she continued talking. She then began to talk about how she doesn't think it's right for missionaries friends to address letters with them in such an inappropriate way, and how they should be addressed professionally.
"Um. . . yes, I'll be sure to convey that message to my friend." I said, nodding. Then I walked away quickly and laughed in the other room.

- I walked into my class, and saw my friend Anna sitting down. I plop down next to her and go, "PHEW! Man, is that a HIKE up those stares!I thought I was going to be late! But I made it! Hmm. . . are these desks pushed up farther than usual?" I shake the desk violently "They seem farther up than usual. Or is it just me?"
At this point, I make eye contact with Anna.
"Um, the desks look normal to me." she said.
And then I wasn't completely sure if she was Anna. . .
She had the same hair color, her face looked like it COULD'VE been Anna's, but holy crap! Anna didn't wear that strong of perfume before! Still, though. I could just be mistaken. . . but wait . . . did Anna have freckles like that? Oh no, I can't tell if I know this girl or not!
Anna popped her gum, played with her hair, and turned away from me, staring at her phone, purposely ignoring me.
Dear goodness, I hope this isn't Anna. I thought to myself.
I look around my the classroom, looking for Anna. I couldn't see her anywhere else in the classroom. Anna usually sits in this seat! Okay, so . . . is this Anna? Or some girl that looks like Anna?
The teacher passed the roll around. I signed my name, than slid it over to Anna, and watched creepily over her shoulder as she signed it.
Rachel Grill.
Yup. Not Anna.

- I boarded the bus to see that at least one person was sitting in every row. That means, I'd have to sit by a random stranger.
I sat down next to a fellow redhead, and was pulling my iPod out of my backpack, when the bus pulled over at the next bus stop.
The majority of the bus got off . . . aside from my fellow redheaded seat buddy. However, rows and rows ahead of me were now empty.
Ah, crap, I thought to myself, Everyone knows it's a social no-no to sit by someone you don't know on a nearly empty bus!
I then had to make a very important decision: Do I stand up and move to an empty row? Or do I keep sitting.
If I stand up and move, that could just look flat out rude. She could take it personally! The girl's self esteem could plummet! All because of me!
But, if  I stay sitting, I could look like a total creep. I mean, we're on an empty bus! And I'm sitting next to this girl I don't know!
I decided to move. I grabbed my backpack, preparing to move. I leaned forward, preparing to move, my butt hovering slightly above my seat.
This is stupid.
I sat back down, and shuffled my stuff around. I'll stay seating.
The redheaded girl sitting next to me began to put her stuff away, into her backpack.
Oh, she must be leaving soon. I'll move.
I grab my backpack, crouched above my chair slightly, only to see her grab something different out of her backpack.
I sat back down.
Okay now I just look like a creep.
Then, she pulled the signal requesting the bus driver stop at the next bus stop.
Are you for real?
She stood up, and so did I. I moved seats, and she easily got out of the seat, and left.
Well, I think it's easy to say I over thought that.

-I plugged my earphones into my computer, and put them in my ears. I turn on a song.
Little did I know my volume was on full blast.
Thus, I ripped the headphones out of my ear, throwing them across the table while saying, "BAH!" 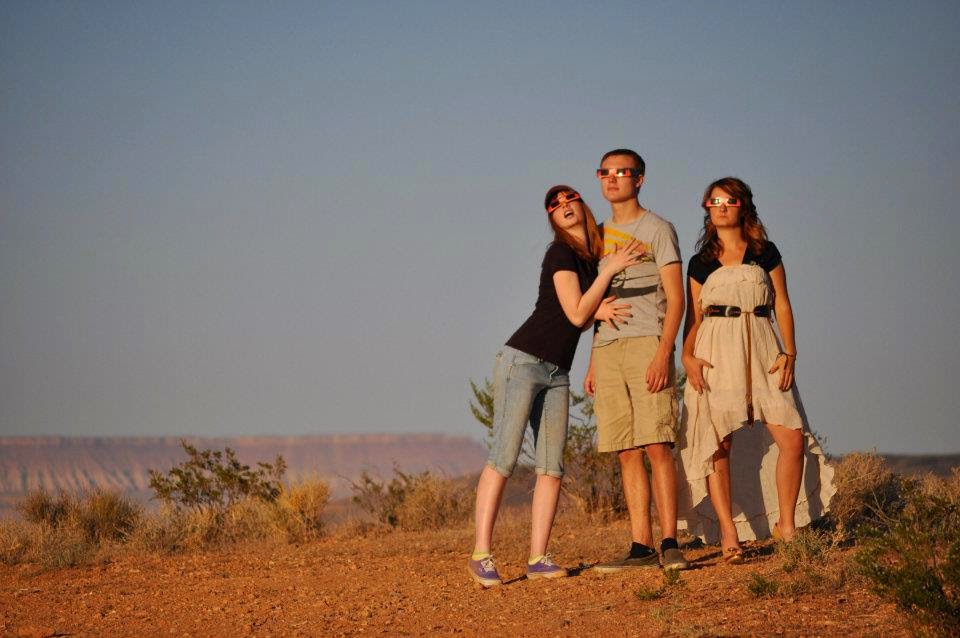