Now, a couple weeks ago, I posted a story about the very first morning with one of my companions. We got off to a really weird and awkward beginning.

We had gotten calls a few days earlier finding out that my companion would be moving areas, and I would be staying and receiving a new companion. Our instructions were, the day that everyone would have to move, we would meet up with the elders (male missionaries) at 6:45 in the morning, and drive to Utica; the central location for all the missionaries that were leaving.

We talked to the elders the night before to confirm plans.

"You PROMISE us you'll be there then?"

My companion and I crawled into bed that evening, setting our alarm clock for 5:50 a.m. Too early for my taste, but what could you do?

As with every other night on the mission, I was so exhausted that I fell asleep as soon as my head hit the pillow.

Instantly, I shot out of bed. Probably within thirty seconds, I had changed into a dress, and as my companion changed, I was throwing her bedding into a suitcase.
As she continued to quickly get ready for the day, I dragged her suitcases towards the door and frantically called the elders.

I hung up, and began to throw on some makeup as my companion finished gathering the last of her unpacked items.

Probably about a minute later, the elders called back. I grabbed my companions last suitcase with one hand and dragged it to the door, and answered the phone with the other.

"HI! OKAY! DID YOU LISTEN TO MY VOICEMAIL?"

"What?" I said frantically.

I stopped dead in my tracks. I looked at the clock hanging above our desk. Sure enough. 5:50.
A second later, the alarm went off on our phone. I quickly hit dismissed, dropped the suitcase, and said, ". . .I hate my life."

"What is it?!" my companion asked, one shoe on, the other one in her hand.

She looked at the clock, and saw what it said. She then stormed, furious, back into the bedroom, flopped down on her bed, and yelled angry things into the pillow.

I put the phone back up to my ear.

And that we were. We were also accompanied by a series of laughs and questions from the elders.

"How did you guys think it was that early, anyway?" asked an elder.

"I MISREAD THE CLOCK. IT WAS TOO EARLY IN THE MORNING, OKAY?!" replied my companion.

"Did you not look at the clock when you woke up, Sister Stimpson?!" one asked.

"Cause I already knew I was late. There's no sense in looking at the clock if you're late. It's not gonna speed you up - it's just going to stress you out. So if I know I'm late, I just hurry."

I scoffed and said, "Okay. Let me know how on time you are when you're already late and keep checking the clock."

And, as awkward as my time with that companion started was, it ended just as awkward. Though I have to say, thanks to the people I served around, it was one of the best times I could ask for. 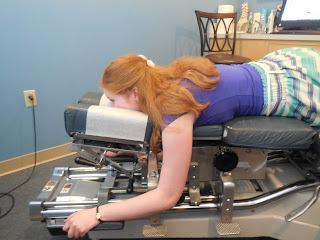