As soon as you enter the bathroom, the chances of you encountering something awkward raises approximately 20%. After that, your chances grow about 10% - 15% depending on the location of the bathroom every minute you are in the bathroom.

*these stats come from Dr. Carmin. They are totally reliable.

Recently, one of my friends (Jabarious, actually. See? We're still on speaking terms!) texted me saying while he was in the bathroom, another guy there was blasting Michael Buble loud enough for my friend to hear. I nodded, and as soon as I went to respond, a repressed memory as latent as my TB flooded into my head.

And it was then that I knew this memory would be my next blog post.

It nearing the end of summer, and school was just around the corner. It was one of the last weeks where I was  just working full time. This particular day at work, I went to the bathroom . . . as most people do.

It was while I was washing my hands when this moment occurred. My phone went off signalling that I had a call. Quickly, I wiped my hands on my skirt (cause ain't nobody got time to rip off a paper towel when a phone call is coming) and saw an unknown number calling.

Now normally I don't answer numbers I don't know, so I'm not totally sure what possessed me to answer such a call. But I did!

"Hey Carmin! This is Brian!" said the voice.

". . .Brian?" I said, thinking of every Brian in my ward that I knew and wondered why one of them would be calling me.

"Brian . . . Kate's friend? She introduced us to each other a couple weeks ago?"

"OH! BRIAN! HOW'S IT GOING?!" I said, sounding FAR too enthusiastic in order to compensate forgetting who he was.

Now I know he said more than this, but those words were just wasted in cyberspace because at that exact moment a friend of mine walked into the bathroom.

This friend had gotten married probably about a month ago, and as per usual with my married friends, I hadn't seen her since.

"Oh my gosh, Carmin! What are you doing here?!" she exclaimed with a smile on her face.

I covered the mouth piece with my hand and whispered to her, "I work here! What are you doing here?!"

"I work here, too! Just upstairs! What department?"

"I work in the deans office. Where do you work?"

I vaguely registered where she worked, but was more taken aback by the silence on the phone. SHOOT! What had he just said to me?

"Great! So I'm going home for this upcoming week, but maybe the week after that we can go out?"

"Hey, I gotta poop," my friend said to me, dodging towards a stall.

"Nothing. What were you saying?"

"Who are you talking to?" asked my friend.

"I was thinking we could go out next week on a date." replied Brian.

"It's a random guy asking me on a date!" I said, this time being SURE I covered the mouth piece as I whisper-yelled to my friend in the stall.

Then, the poop sounds started. And so did my friend's giggling at this whole situation.

"Awesome! I don't have a good idea of what we'll do yet, but let's plan on next weekend, okay?!"

By now, my friend is full on laughing, I am hunched over in fetal positing, clutching my stomach so as to not laugh while this kid is explaining everything to me.

Finally, the conversation ends, and I gave an incredibly brief goodbye just as the sound of a flushing toilet rang in the background.

My friend and I managed to catch up and return to work. Here's the real kicker of the story, however: this guy stood me up!

I mean, I guess that's predictable with how the whole asking-out situation went. It was obviously a bad omen.

And now for some awkward bathroom photos  . . . 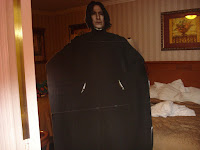 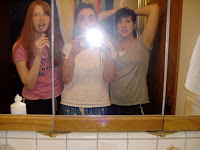 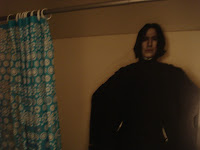 Hoping your dating life is going better than mine, and wishing you a very happy awkward day.