I'm currently taking a "psychology of positive living" class, in which we discuss the science behind happiness.

In one of our classes, we were discussing "maximizers." (Overachievers who set too high of goals and are more likely to be disappointed. They also have a tendency to largely overthink every option before actually making a decision - if they make a decision at all. He brought up that some just sit there and wait for God to make the decision for them.)
The others are "satisfiers;" people who reach a level or set a level of expectancy that is "good enough" for them.

I am a definite satisfier. The majority of the class (and I guess population) are maximizers.

Our teacher asked the maximizers in the class what they tend to overthink and get stuck in. One girl talked about her major, and how she often thinks if she chooses the wrong major, she'll be stuck in a horrible life and be unhappy for most of it.

Then we got on the most common subject at BYU:

Here we go, I thought. 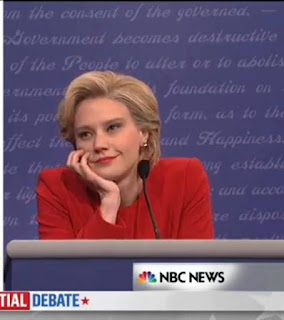 "I overthink dating ALL the time," one girl said. "I think about his career, what our kids will look like, what our kids will be like, where we'll live, how he'll like my family, everything. Nobody seems perfect enough, and then he ends up not even choosing to date me anyway and I have to start back over."

"That's pretty common among," my professor said. "They look for the perfect person and are disappointed when they realize everyone is a normal human being. Now, are they any satisfiers that don't maximize a choice like dating?"

I raised my hand.

"You don't? That's pretty uncommon - even among satisfiers," he said.

Keeping the same pose as the above picture I said, "Honestly at this point I'm just so desperate. All I want is a guy who is socially competent, normal, my age, and preferably taller than me, which I know is a lot to ask for. I'm willing to sacrifice the taller-than-me thing."

After all, Tina Fey did. And she's one of my inspirations. 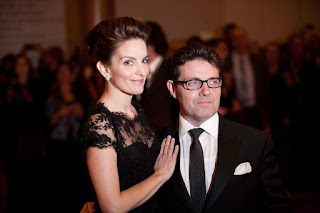 But what led to such despair and lack of preferences and hope in my life of men?

I've had a lot of ups and downs (mostly downs) with dating this semester. As frustrating as it is, I'm also grateful for the stories they make. I mean for one thing, they make great blog posts and for another thing, my children will be busting up about them someday.

There are three dates in particular that stood out to me this semester, and I'm gonna give you the low down of them. These involved Wesley, Chester, and Wallace.

Wesley:
The story between me and this kids is at least 5 chapters long. Maybe when it's been a few years and I no longer have contact with him, I will write out the entire story. For now, I will spare you and just post a run down of three of the chapters.

Chapter 2:
I was avoiding him for ages cause I knew he was gonna ask me out. But the inevitable happened. He sat down by me while I was writing.
"You hold your pencil wrong," he said to me.
He's kind of right. I hold my pencil differently than everyone else. Is it wrong? I don't think so. Like, it gets the job done. But I don't know the etiquette of holding a pencil. Or if there is any.
"Yes, I know," I said.
"Here, let me show you," he said while reaching for my pencil WHILE I WAS STILL WRITING.
"No!"
"No - just let me show you how to do it right."
He reached for it again, and I swatted his hand with the pencil.
"Yeah, well you know what? It's been working really well for me the past 20 years, alright?"


"Okay, but you're holding it wrong-." and he reached for my pencil AGAIN.
I swatted his hand once again with my hand AND pencil and said, "STOP. I'm not even done writing."
"Okay, but after?"

"Fine."
I finished writing, then handed him my pencil.
He maneuvered it in his hand and said, "You hold it like this."
And then he just held his hand there so I could stare at it and observe it.

"Cool."
And I grabbed my pencil again.

(I kind of aspire to be just like Olivia Benson)


"Hey, Wesley."
"I was wondering if you would like to hang out this weekend."

Dear all men: Buck up and just ask the lady on a date. Don't ask to "hang out" or "get together." Somewhere in there, say the word "date."

"I'm actually busy this weekend," I said. And that was  NOT a lie.
"Oh - what are you doing?"
I can't remember what I was doing Saturday now, but Friday was the one that came up in the conversation:
"I'm going to a wedding reception," I responded.
"Oh - whose is it?"
"A friend from my mission...."
"How about I go with you?"
. . . did he just invite himself to a wedding reception?

Dear all men: don't do that.

"Well I'm carpooling with two of my friends there."
"Oh, I can meet you there. Where is it?"
"Provo - and honestly I think it'd be awkward because . . . well, I'm going to be hanging out with my friends, and you don't know them."
"But at the wedding reception, people wont ask you why you're not married yet if I come!"
". . . . they already don't ask me that," I said.
And I don't want them asking if WE'RE dating. . .
"They do at the ones I go to. Anyway - do you want to carpool, or want me to meet you there?" he persisted.
Alright, I'm all for persistence and what not, but this was too much.
"Honestly, I think it would be uncomfortable for  me if you came."
"That's fine - I can meet you there."
Oh dear goodness.
"No," I reiterated. "I'd feel uncomfortable if you came."
"What?" he asked.
I wasn't sure if he didn't actually hear me, of if he just didn't understand.
". . .It would be uncomfortable if you came. I feel uncomfortable . . . with you."
"Oh, really?"
"Yes."
"Oh, okay. That's fine."
Guilty Carmen came in and I sputtered, "But we can hang out after if you want!"
Dang it.
Thankfully, he declined.

A few weeks later, he asked me on a date. Like he actually said the word date!
And the word "yes" popped out of my mouth..
I think I was just in shock cause he said "date" instead of "hang out" or "get together." And he had a specific day in mind. So that was a bonus.
So, I agreed. And knew that - if nothing else - this would be a good story.
And it was, mostly cause of one reason:

His art of one-upping.

I hadn't noticed it before this date, but he was totally one upping me. Anything I had done in life, or anything I tried to relate to him with? Oh no, he'd done better.
This is one of my pet peeve, and usually I just shrug it off and let them win.
This time? Oh, no. Because  I could actually BEAT what this guy was saying.

Me: I was pretty tired after my flight home from New York so-
Wesley: Wait - how long was your flight?
Me: 3 hours.
Wesley: HA! Try a 17 hour flight. I had to do that!

Me: I hate winter.
Wesley: You hate winter? HA! Try going to the southern hemisphere in January for vacation and having to come back to Utah when it's cold!
Me: . . . I literally did that! With New Zealand. And Australia. And Singapore!

Seriously how many times do I have to bring that up?

Most of this took place on the door step scene after he said that women aren't good at science, and have too many insecurities.
But he reassured me that he's a feminist.

I had to excuse myself five times before I finally got into my house, closed the door, and vowed never to go on a date with him again.

Chester and Wallace came literally two days after my roommates and I decided that all men ages 22-27 were dead or married, which is essentially one in the same.
Chester is 20.
Wallace is 31.

This little fella asked me to "go get food" with him sometime.

This is a step up. But seriously guys, just say the word "date."

Then he suggested we hang out and watch movies at his house.

Okay now this is something I don't think men think of a lot, or really have to worry about.

I am not going to invite myself to sit in dark, close, personal quarters with a man I do not know because of SAFETY ISSUES.

It's a dangerous world to be a woman in, my friends. And I am one of those overly cautious women out there.

But it's okay cause so is Olivia Benson. Kind of. I guess.

So when he suggested that?

We were swapping stories on the date, and here's how most of his ended.

Pause: What do you mean by 'I guess?' Like whoops, how did that happen?

Oh buddy, I hope you know that's not going to happen with us.

He also didn't  pay for me, so I didn't think it was a date, but then he said it was a date and I was like oh. Why didn't either of us pay for the other? Preferably you, but...

This have a less exciting ending with this one. I just slowly disappeared and he forgot about me. I've seen him a few times on campus, and he hasn't noticed me as I sped walked past, looked down, or hid behind another person.

And it's usually early in the morning anyway when everyone's eyes are half shut so...

Wallace was good. He was chill. The date was good.

Only issue is he looked like one of the teachers I had.

I tried. I really, really tried to be interested. But I couldn't get past the whole "you look way too much like my teacher" thing.

I disappeared with him too, but that wasn't too hard cause he texted me / responded to me once every three weeks or so.

He was a blind date and it was 45 minutes long and I couldn't eat anything at the restaurant and he didn't talk and when he did I couldn't hear him.

Other boys came and went throughout this semester; first dates, boring dates, blind dates, long dates, short dates, large heart breaks, rejection, no soul mates, all that jazz. And as my adventure of a single college student continues, I can't help but think of one of my favorite lines from Albus Dumbledore in Harry Potter and the Half-Blood Prince: