Carmen and the case of the weird PDA

I, like most people, have pet peeves. Some of which are:
-Leaving wet towels/ washcloths in a heap (I have this secret paranoia that it'll start molding. Either way it WILL start smelling)
-People talking to me when I'm writing
-People leaving the lights on when they leave the apartment (who are you leaving them on for? Or are you just doing charity work for the city by raising a ridiculously high power bill?) 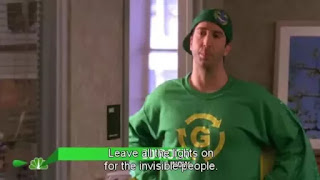 -People clipping their nails in public (seriously people?! IN PUBLIC?!) and/or not cleaning them up off of the ground (have y'all ever stepped on a nail that isn't yours? It's disgusting. Don't be that person),
-One uppers (sorry my life isn't as good as yours)
-People doing that mucusy way of clearing their throat/nose
and
-People touching their eyes *shutters.*

However, all these pet peeves of mine are pretty livable. Yeah they're annoying and, aside from the clipping nails one, I'm able to easily shrug it off and move on with life after I complain to someone or roll my eyes (which no one is allowed to touch anytime ever under any circumstances ever).

That is, except for one. And you probably guessed it from my title.

PDA makes me uncomfortable. I never know where to look, and I feel this emotion somewhere between annoyance and anger. Yet, like a bad car accident, I can't look away.

I didn't discover this pet peeve of mine (or perhaps I didn't develop it) until I came to BYU; the Holy Land of PDA.

BYU is peppered with an abnormal amount of couples; engaged, married, dating steadily, flings, and so on. So, while not every couple is PDA-ee, seeing couples fondling over each other is inevitable on BYU campus. And I'm not talking hand holding, cuddling, kissing - you know, the normal PDA. I'm talking about extreme PDA.

Let me clarify something for a second: I guess it's more when I'm STUCK with PDA. Sure, passing the average kissing couple or snuggling couple makes me sad and envious, and sitting behind the couple who is cuddling in church is distracting . . . and it's when I'm stuck by the couple who is doing weird PDA that it gets awful.

And it can get really, really weird.

And this, my friends, is the main plot of this blog post:

My encounters with weird PDA couples on campus.

This encounter took place in the middle of the library on campus. I saw them as soon as I sat down and, in an effort to avoid one of my pet peeves, I immediately began looking for another computer I could sit at that would be out of view from them.

They're probably leaving soon. It looks like they're saying goodbye, I thought.

The couple was right in front of me, so that whenever I stared at my computer I got a full view of their love and affection too.

They held each other's waists and stared sentimentally at each other. I saw the guy do puppy-dog eyes while doing a comical frown at the girl. She'd stroke his face with both hands like he was a cat and she was smoothing out his fur. 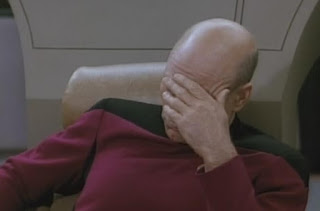 I felt so uncomfortable with the love fest taking place in front of me. And again, like a bad car accident, I couldn't look away.

Long hug. Their eyes were shut as they rocked back and forth ever so slightly.

I saw their left hands.

THIS COUPLE IS MARRIED?!?! THEY LITERALLY CAN DO THIS IN PRIVATE ANYTIME THEY WANT. WHY ARE THEY DOING THIS IN A PUBLIC LIBRARY?

The hug ended. They stared at each other again, their eyes huge. They stroked each others cheeks again.

Let me reemphasize this.

They were both stroking each others cheeks with both hands at the same time.

Finally, he walked away. They held hands as the girl stayed, and when they were finally out of arms reach from each other, their hands lingered in the air.

They continued to stare at each other as they walked away. The girl was looking over her shoulder at him, the guy was walking backwards.

Well I mean I guess I can focus on my homework now.

Then, the girl took off in a speed walk, and the guy was running towards her. They threw themselves into a romantic embrace.

Is this some kind of social experiment?

I put my head back to: The girl now had her hands on his chest. The guy had his hands on her elbows. He was back to doing the fake, weird, pathetic, possibly trying to be humorous frown. This might've been okay if it weren't for everything else I had just witnessed.

Back to stroking each others faces.

Suddenly I got a text from my friend saying, "Not to be a creeper, but I like your shirt."

I looked up over my computer, past the couple having a Nicholas Sparks moment, and saw my friend peering over her computer across from me.

Oh, thank goodness.
I trotted over to her and knelt down by her saying, "Have you seen this couple?"

We began talking again when she said, "They're doing the staring at each other thing again."

"I can't believe this couple. And they're married!" I said.

"I saw that! It's like, relax you'll see each other in a couple hours!"

"This is a public library - he's not getting drafted to war!"

I stared at them as they smiled and stroked each others faces again.

He began to walk away again, and they stared at each other as they did so . . . and ran back into each others arms.

"Right? I remind myself that too. I know what my husband and I shouldn't do in public."

In total, they stared, ran, and embraced each other three times before the guy finally left for good. And when he did, the girl whispered "goodbye" and they stared at each other while he walked away.

In which time I wasted 25 minutes staring at this couple.

I blame them for not getting all the homework done that I wanted to.


The couple who knew no one else

This is a short story. I could probably make it a poem but I'm too lazy.

I walked into a building to see BOOM a couple kissing and whispering to each other RIGHT in the doorway.

I squeezed past them, went to class, and spent the rest of the lecture replaying the scenario in my head in which I said to them, "Look - I'm happy you're in love and all, but you're in the way so can you take this love scene somewhere less out of the way?"

This also took place in the library. I would say "maybe I should stop going there" but everywhere at BYU is a trap for PDA.

I legitimately witnessed a girl come to a guy who was sitting at his computer, sit on his lap, stroke his hair/sides of face, and start making out.

And again. They were right in my line of vision.

I was in class once and, like the majority of my classes at BYU, my professor asked if anyone had any good news. This translates to, "Anyone got married or engaged or had a baby or got pregnant within the last forty eight hours?"

The couple right in front of me raised their hands and announced that they just got back from their honeymoon.

This meant two things:
1) They have already gotten all the physical contact crap out of the system and have regained their politeness and self awareness.
or
2) They're like every other average newly wed and are still too in love with each other to care about common courtesy.

Put that awkward fellow behind the couple....

AND THAT WAS ME THE WHOLE. ENTIRE. CLASS.

And then we get the different kind of PDA:

The Breaking Up Couples

Seeing couples break up on campus is also pretty common on campus, though less noticeable. I have, however, had the privilege of stumbling upon a few break ups.

One time this couple walked out of the building I was walking into, and the girl was in HYSTERICS while the guy had her arm wrapped around her while she yelled, "IJUSTFEELSOHURTANDIDON'TGETWHYYOU'REBREAKINGUPWITHME"
Insert random hiccups in between letters.

I definitely did a double take.

I passed them, turned around, and saw that they were still hugging.

. . . and I slowly moonwalked back to them

"Are you okay?" asked the guy.

I heard a muffled sniffle.

Aaaaanad I walked away. When I reached my building (which was a fair distance off), they were still caught up in their embrace. In like, the exact same poisition.

I have 3 semesters left at BYU, so I'm sure I'll run into more PDA in the future.

I mean every university has it flaws, and if the main one is the bizarre, annoying, and disturbing PDA? I guess I can live with it.

Have an awkward thanksgiving dinner everyone.