Carmen and the terrible, horrible, no good, very bad first day of school

I have horrendous luck with first and last days of school. Even counting back to the eighth and tenth grade, I remember being incredibly self conscious of my bad haircut, uncomfortably tight shirt that showed off my lack of boobs, and getting lost in school.

A year and a half ago was my first semester at BYU in which I spilled my yogurt, books, water bottle, and other various objects multiple times, got a parking ticket, and sweat off all my makeup.

And this semester was no different. And I was still a surprised by the events that took place.

I didn't sleep well that night, which is normal for me on the night before the first day of school. This time, however, I wasn't anxious or nervous at all. I was actually pretty optimistic, so it was weird to me that I couldn't sleep.

At 9:15 (15 minutes before I had to leave. On a day I don't wear makeup it takes me 20 minutes to get everything ready and organized), I finally got up and threw my outfit on.

"Ugh, I don't feel well," I said to my roommates as all of us scrambled to get ready for school.

I was moving sluggish and tripped at least twice over my own feet while holding my backpack.

"I'm sorry! You gonna make it to class?" one of my roommates asked.

"Oh yeah, definitely," I said as I opened up the cupboards to throw together my lunch and gagged at the general sight of food.

My two roommates left and I continued to get ready in a stumbling and uncoordinated matter.

I was out the door with enough time to get there before class if I sped walk.

And my stomach hurt the whole way. It felt like there was a bunch of tiny knives and throwing stars in between each of my ribs and my abdomen. It dawned on me that it was probably just gas, and I grumbled to myself that I hadn't thought of that before I left my apartment and so now I didn't have the medication to take care of it faster. And now I'd just have to suffer the whole day until it worked itself through.

As I grumbled up the hill and to my building, my body began to heat up quickly and I began to sweat excessively.

Well at least I didn't put on makeup just to sweat it off like last year.

I got to class to see that it was one of my least favorite classroom set ups; rows of chairs. These rows gave you about as much leg room as an airplane does, except you don't have an empty space to put your backpack under so you just have to straddle it with your legs. 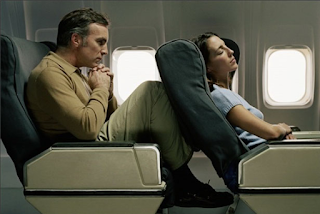 The best part of this situation?

Everyone had taken the end seats, which meant the only empty seats were the one in the center. This meant that I'd have to crawl over people to even get to an empty chair.

"Are you kidding me?" I said loudly. "Ugh, I hate this classroom."

I was obviously off to an optimistic start.

I shuffled past three guys without bending my knees to do so (cause I literally couldn't) and plopped down in my chair, still shaking, sweating, and feeling really hot. I began organizing my things as best I could, when a little fella sat next to me.

"Hi, I'm Spencer," he said while sticking out a hand.

And my jaw almost dropped.

You have to understand - this is a rarity for my political science classes. The vast majority of male students are married and I've given up ever meeting a husband in my journalism classes because they're all females.

So the fact that this guy is single and he chose to sit by me and then introduced himself to me?

Was the apocalypse happening?! Did Jesus come?! Surly, this was a sign of the second coming of Christ!

Nope, it was just a miracle. 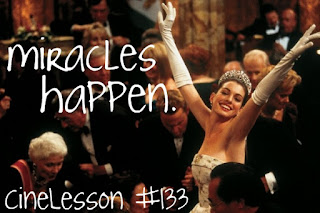 I shook his hand, smiled, tried not to think about the fact that my stomach was churning and full of knives, or the fact that I wasn't wearing any makeup and said, "Nice to meet you. I'm Carmen."

Class started, and everyone quieted down.

And I wasn't focusing at all on the lecture. I was focusing on finding a position I could sit in that wasn't completely painful for my stomach.

But of course I had to squeeze past three guys to get there, one of which was asleep.

At first I tapped him gently gently on the arm and said, "Excuse me I need to get out."

A single second passed. It was just a one simple second, but it felt like an eternity to my body. He did nothing.

I grabbed his leg and shook it aggressively while saying, "EXCUSE ME. I. NEED. TO. GET. OUT." In a sort of whisper-yell.

He woke up, and sluggishly began to pull his backpack onto his lap and squeeze into his chair as much as he could so I could slide by.

In all reality, I think he did so pretty quickly. And to my stomach? Well he might as well just have taken an eternity.

I shoved past him and the other kid sitting in the isle, tried to gracefully speed walk to the door as I sweat profusely, then took off running in the hallway to the bathroom.

Where I promptly threw up.

After about 10 minutes of laying on the ground, toilet seat, and dodging water when the automatic toilet decided it needed to flush, I stood up and walked to the sink to wash my hands and splash my face with water.

And I was horrified by the sight I saw: pale, sheet white skin. I had loss of what little pigment I had in my skin. To top this off, my eyes had puffy, bulging, red bags under my eyes and a single tear was leaking from each eye.

After washing my face and hands all while avoiding the mirror, I headed back to class.

Once again squeezing past multiple people, I plopped down in the class where Spencer said something to me. I gave a hearty chuckle and tried to say something clever in return, and then was incredibly self conscious of the smell of my breath. I couldn't smell it, and I knew it had to be bad.

Wanting to avoid talking to this fella to save myself from embarrassment and him from . . . well the potentially awful smell of my breath, I decided the best way to end conversation would be to sit in fetal position on and off for the remainder of the class.

. . . it totally didn't have anything to do with my physical state.

When the bell rang, I sat there pathetically having to wait for people to leave the isle before I could get through, and not wanting to move anyway in fear that I would puke again.

Spencer left without a word, and then I sped walked home

where I proceeded to throw up once an hour until the late afternoon.

I was able to return to school and work two days later, though the sight of food still made me nauseated.

Now here's the thing. Remember how I said most first days of schools are bad? Well the first day of fall semester wasn't so bad.

The last day though?