The worst date I've ever been on: Part 7

I began to avoid Jacob (Jared?? Legit can never remember what name I gave him on this blog) at all costs, but I knew it was inevitable.

I can't remember how long it had been since the date, but it hadn't been too long before I saw him again.

I went to a service project organized by my church congregation and, lo and behold, Jacob showed up.

Anxiety filled my chest and I ran to my friend, telling her that I had to remain by her AT ALL COSTS.

She had known about the terrible date, and I agreed.

We teamed up and began vacuuming the building we were assigned to clean. And who followed us?

And guess what he did? He began "flirting."

Legit everything I was doing, he'd butt in and say, "You're doing it wrong. You should actually be doing it like this."

And demonstrate what I should be doing by using his vacuum.

I kept ignoring him, and he kept 'correcting' me and telling me how I was doing it wrong, and even said stuff like, "Look — I'm doing it better than you!"

I continued vacuuming and COMPLETELY IGNORING HIM, when he said, "What, are you stupid? You're doing it wrong."

Being called stupid is a huge trigger for me.

Once again, I completely lost it.

I literally slammed my vacuum down, dropping the handle, turned around to face him and yelled, "You. Are. Mean."

It was the comeback of a child, but I was dealing with a child.

Regardless, it seemed to work.

I saw shock fill his eyes. His posture changed and he took a step back and said, "It was just a joke."

I can't remember his words after that, but I know he began to justify his actions to me, to which I raised my hand and said, "Just stop."

I picked up the vacuum and said, "Don't talk to me if you're gonna keep saying stuff like that."

Rage filled my whole body. It was awkwardly silent after that, but I didn't care. I was proud of myself for finally saying something and standing my ground.

Jacob didn't talk to me the rest of the evening. I moved a few weeks after that incident, and didn't have to see him at church anymore. I was relieved and grateful to be done with him.

. . . and then 2 years later, I went back to that congregation while visiting my parents.

I knew he was still going to that congregation, and I wanted to avoid him at all costs. So, I decided to show up ten minutes late.

. . . but they had changed the time they met at, and I was actually 20 minutes early.

I frantically texted my mom: 'Should I hide in the bathroom?'
Her response: 'No. Maybe. Yes.'

And so that's what I did.

But let me tell you, sitting in the bathroom for 30 minutes is a lot harder than it sounds, especially when you're filled with anxiety over the situation.

Looking back, I should've just left and gone to my parents congregation or something. But I was stubborn and have always had this attitude of "don't let someone stop you from doing something."

Anyway, I ended up leaving after 15 minutes in the bathroom, which I thought would be okay, because the program started in 5 minutes, and he'd probably be there by now so I could just sit somewhere else, right?

I sat down . . . and Jacob came in after me and sat down right next to me.

There was a brief silence, then he stuck out his hand and said, "Would you like to touch my wenis or my waddle?"

"Why the hell would you ever ask someone that?" I said, filled with disbelief.

It had been 2 years since I'd seen him, and I still had zero patience for him.

"No, I know what those are," I said. "I just don't understand why on earth you'd say that to someone."

He shrugged and said, "It's funny."

"You should try it in a job interview," he said.

"You try it first and let me know how that goes," I said.

"I'll probably get the job for standing out."

Church began and we fell silent. I pulled out my coloring book and began doing my thing: coloring and listening to the speakers and trying not to fall asleep.

About 20 minute into the program, homeboy STOOD UP. MID SPEAKER. WALKED TO ANOTHER BENCH, AND SAT BY ANOTHER GIRL.

I didn't know how to react. On one hand, I was very grateful not to have to sit by him anymore, and on the other hand, I was just insulted.

I think I was also shocked that he just did that in the middle of someone's speech. Like . . . wouldn't you at least wait till there's a break in between speakers?

But, whatever. I was relieved, even if I was annoyed.

Church ended, and I dashed out of there quickly, eager to tell my friends and family the latest in the Jacob saga.

That was a year ago, and I haven't seen or heard from him since.

And I'm REALLY not complaining.

Epilogue
What I learned from this experience.

Writing out this story made me realize how much I learned from it. It was horrible, it was awkward, I hated it, but I learned a lot and changed a lot from it.

So, I'm going to share my life lessons with you in hopes of you following them, or passing them onto your children:

I'm extremely grateful I got out of the initial date. Sometimes I wonder what would've happened if I had ignored my gut and had gone on the date. Although I still went out with him, my gut wasn't screaming at me the second time, and I felt better because of that.

It took me wayyy too many years, too many horrible dates, and a couple therapy sessions to get this into my head. I felt some sort of weird obligation to say yes to every date. I rarely got asked out, and I felt like if I said no to the ones I got asked out on, then God would like . . . make guys stop asking me out?
Guys, it's SO BACKWARDS. But it was my anxious brain was saying, "If I don't go on these dates, then I'm not showing God that I'm grateful that I'm getting asked out, and I'll stopped getting asked out."
Again. IT'S SO BACKWARDS, and I'm SO embarrassed by it now, but I'm sharing this to help anyone else who may have this unhealthy perspective.
Saying no to dates is awkward, uncomfortable, and can be interpreted as rude. But honestly, it's a good thing. You save the other person time AND money by being upfront with them from the beginning.
And if the person reacts poorly to you saying no, I think that just reaffirms that it's a good thing you said no.

3. Be clear, firm, and upfront with people.
I wish I would've been upfront with this guy a lot sooner. It would've saved me from a lot of painful interactions. Sure, I was hinting to him that I wasn't interested, but I never flat out said, "I don't want to go on a date with you" or "I am not romantically interested in you."
I've applied this into all my relationships now. I no longer hint at anything. I no longer hope the other person gets what I'm saying. I say exactly what I expect from a person, what I want out of a situation, what's bothering me, etc.
People can't read minds (as far as I know). Unless you state what your expectations are, no one is going to meet them.

4. Sometimes the right thing and the awkward thing are the same thing. 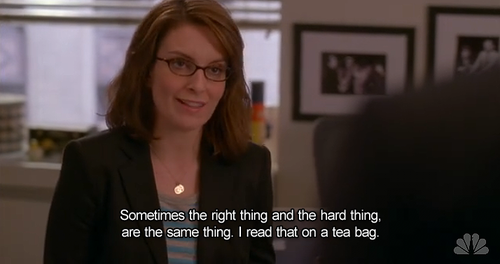 There have been many times in my life when my gut tells me to do something, and I push it away thinking, "No, that's awkward."
But 90% of the time, it's the right thing to do.
So I started doing what my instincts tell me, even if it's awkward. Even if I'm clumsy, stumble over my words, or do it poorly, I at least do it.


I'm still learning a lot in life. I'm still clumsy at practicing these 4 things I learned (except now I'm getting married and don't have to worry about saying no to dates anymore HOLLA!!!), but I learned them, and am practicing them in my everyday relationships.

I hope this series not only entertained you, but taught you something as well. And if not, I'm still grateful you read it.

And thus concludes the Saga of Jacob (or Jared).